There are endless deep-fried recipes for disaster (re: heart attack), but this one takes the cake. Abel Gonzales Jr., the inventor of fried Coke and fried cookie dough, presents deep-fried butter, which tastes like a "a mix between a biscuit or a croissant that is just stuffed to the gills with butter on the inside." Gonzales' creation took top prize at last year's Texas State Fair. 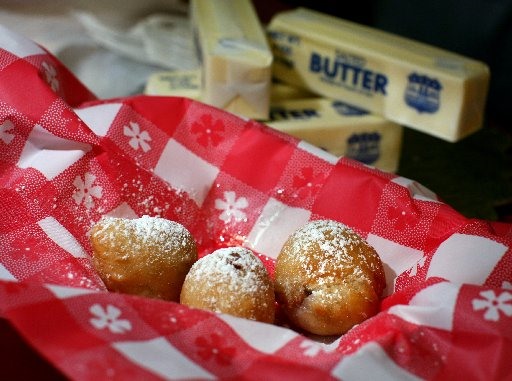 Via the Today Show:

"To make fried butter, the butter itself needs to have an outer coating, or shell, if you will — something that can withstand the bubbling cauldron of the deep fryer.

'I mean, butter by itself does not taste good,' Gonzales said. 'Nobody just grabs a stick of butter and eats it. That would be gross.'

So here's what Gonzales does: He takes 100 percent pure butter, whips it until it is light and fluffy, freezes it, then surrounds it with dough. The butter-laden dough balls are then dropped into the deep fryer. 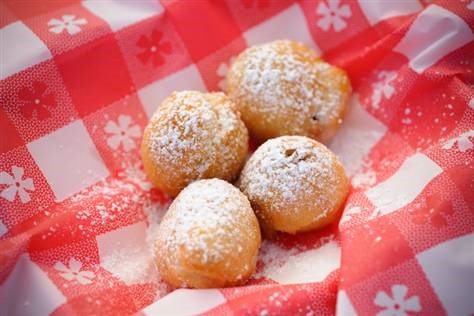 For purists who just want the unadulterated taste of butter, Gonzales serves up plain-butter versions of his creation. For others who want a little more pizzazz, he offers three additional versions with flavored butters: garlic, grape or cherry.

'When you taste it, it really does taste like a hot roll with butter,' said Sue Gooding, spokeswoman for the State Fair of Texas. 'It tastes great.'"

How can you go wrong with a hot roll with butter? Yum.

Other worthwhile deals to check out:

Join the Next Reality AR Community

Get the latest in AR — delivered straight to your inbox.

but at the same so deadly

Nah... the newcomer: deep-fried BEER is the only fair food-porn I would actually go for. It looks AMAZING!!!