Season 5 of Dexter is set to premiere on September 26th, and it's looking bloody as ever. The trailer for the highly anticipated season debuted at this year's Comic-Con. Things aren't looking so good for Dex...

Not a fan (yet)? Instructables user Forkable offers a brief synopsis, and more importantly, an edible party favor for your upcoming premiere party. 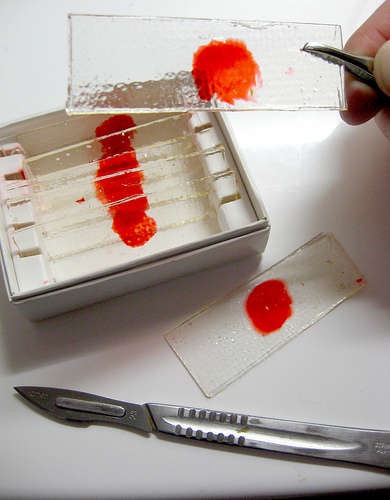 "For any of you who aren't familiar with the show, Dexter is about a serial killer of the same name, who works by day as a forensic analyst for the Miami police department, and by night, cleansing the city of the evil criminals who slip through the cracks of our faulty judicial system.  Every serial killer has to keep his mementos and Dexter's trophy case, consists of a box of slides, each containing one drop of blood from each victim." 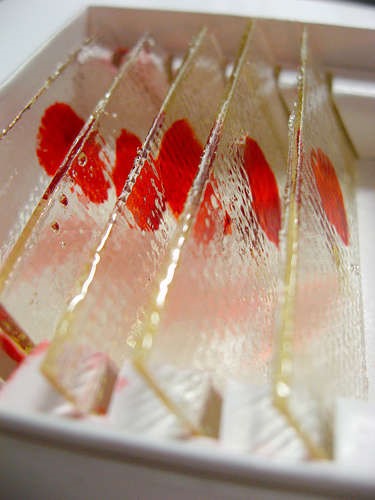 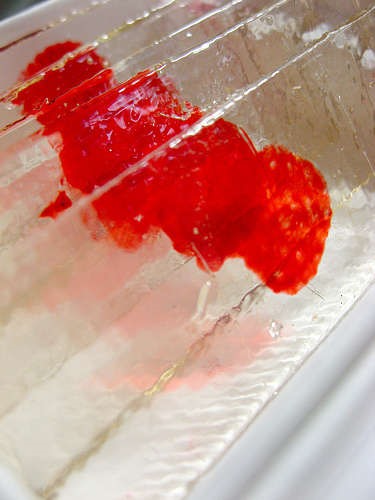 Mmm... blood... and sugar. Would be cool though if the slides were thinner (for accuracy... 2 slides together) and smoother, like real glass. Maybe I'll try to improve upon this!

Wait, no… I need to figure out how I'm going to watch Dexter first, without Showtime. I wish they uploaded episodes to iTunes the next day, not almost a year later. I'm not getting cable just for Showtime.

ME TOO. must watch dexter. what am i going to do.

There are some ( me ) that say if it is not available online for pay then downloading it for "free" is a justifiable last resort..... Torrent.

it's available on netflix. we've burned through the last few seasons pretty quickly.

Season 5 won't be on Netflix for like a year. Just like DVD. And iTunes. Why does Showtime not have a paid subscription service for their website, for those not willing to have cable?

Dexter rules, cannot wait for it to come back. Torrents are great but if you don't want to download, there are quite a few places on the Interwebz you can stream divx quality episodes for free. Just sayin'

Yeah, Megavideo and such... I had to resort to that for the last season of Big Love.